Two Paradigms of Science – and Two Models of Science-Based Agriculture

It should be eminently possible to ensure that everyone who is likely to be born on to this Earth could be fed to the highest standards of nutrition and gastronomy, and this could and must be done without cruelty or injustice, and without destroying the biosphere. To achieve this, good science is essential – but not the kind of science we have now, manifesting in ever bigger and smarter high-tech, which attempts to treat the natural world as raw materials to be moulded at will – and is geared to the demands of the neoliberal free market. Such science – here called “Paradigm I Science” — looks modern and progressive but in truth is rooted in the ideas of the 18th century, when science seemed to promise omniscience and omnipotence. Instead we need “Paradigm II Science” based on the 20th-21st century philosophy of science which recognizes that the natural world is too complex and uncertain to be exhaustively understood and controlled at will and that we must approach it with humility and deal with it with extreme caution. The science of ecology, applied to farming in the form of agroecology, is quintessentially Paradigm II. It represents true modernity and must provide the model for the future.

Through most of its long history (did it begin 10,000 years ago? Or 40,000-plus? [1]) agriculture has been a craft, and for the most part it still is: rooted in experience, tradition, and folk knowledge and, at its best, immensely skilled and effective. From the outset agriculture has made use of ever-more sophisticated technologies (tools of stone, wood, horn, and then of bronze and finally iron; and the power of wind, water, and animals) but only in the past couple of hundred years, a twinkling, has it made use of bona fide science – knowledge of the world based on measurements, experiments, and testable hypotheses. Out of this science has emerged an array of science-based technologies collectively known as high-tech (as opposed to the traditional, artisanal technologies which grow out of craft).

Now, agricultural practice is increasingly guided by the ideas of science, and increasingly dependent on high-tech. But the science that is now brought to bear is of two qualitatively different kinds – representing two different paradigms which, at least for the purposes of this essay, I will call Paradigm I and Paradigm II. Both have deep philosophical roots and huge implications – ecological, political, economic, social, psychological, moral, and indeed metaphysical.  Paradigm I is increasingly and conspicuously high-tech and is what most people (including most agricultural scientists, big farmers, and policy-makers) take to be truly modern, and the basis of future policy. Paradigm II is more obviously rooted in traditional practice, less conspicuously high-tech, and at least until recent years has commonly been considered somewhat quaint, not to say retrograde. Here, though, I want to argue that Paradigm II represents true modernity, and is what the world really needs if we seriously hope to enjoy a long-term future on this Earth. Maybe the tide is turning; and perhaps it will turn in time to prevent the ecological and political collapse that now is beginning to seem inevitable.

Paradigm II science does not suppose that science delivers certainty or that science tells us all we need to know. In its applied forms it accepts the principles of non-linearity and unpredictability. In its general approach indeed it is altogether more humble than the Paradigm I kind.

Agroecology is rooted in the science of ecology which attempts to engage with the realities of the real world: accepting the inescapable limits of our own knowledge and our abilities to investigate and accepting that in the end nature is beyond our ken and cannot be re-shaped to fit political and economic ambition. Ecology is archetypal Paradigm II science.  Ecologists acknowledge, as physicians (and engineers!) have always acknowledged, that our knowledge of the real world must always be partial and uncertain. For practical purposes, however, we have to be prepared to act despite this uncertainty. But, very obviously, we must always proceed with extreme caution, accepting that the real world is always likely to spring surprises. The super-confident gung-ho approach of Paradigm I science and its political and commercial enthusiasts puffed up with high-fallutin’ rhetoric is, all too demonstrably, very dangerous. Given that the far more benign alternative is already well established it is also ridiculous.

Far from being non-scientific, or retrogressive, Paradigm II science and the approaches to which it gives rise, including agroecology, is far more modern than the gung-ho Paradigm I science that now prevails and has its roots in the 18th century. GMOs, smart robots and all the rest are flashy (and may in appropriate circumstances even be turned to good use) but conceptually they are seriously old-fashioned. Everyone should learn science. But science should never be taught without the philosophy of science. As present-day industrial agriculture illustrates, gung-ho Paradigm I science leads us seriously astray. 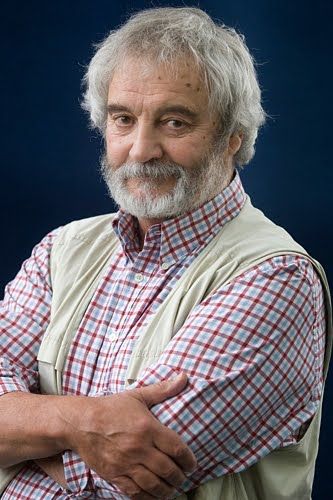 Colin Tudge is a biologist by education and a writer by trade – mainly of books, and mainly on natural history, evolution, genetics, the philosophy of science, and on food and agriculture. He has a lifelong interest in food and farming and is co-founder of the Campaign for Real Farming, which includes the College for Enlightened Agriculture in virtual form; the Oxford Real Farming Conference; and the Fund for Enlightened Agriculture. His immediate ambition to help to find a permanent, bricks-and-mortar home for the College to promote a new kind of farming and help to create a new generation of farmers. His latest book, The Great Re-Think, should be published later this year.

← Previous Chapter:
CHAPTER 8 Why Change the Way we Grow, Process and Consume our Food? by Hans R. Herren
Next Chapter: →
CHAPTER 10 Paradigms of Agriculture by Amir Kassam and Laila Kassam