Agricultural systems operate within a scientific and economic environment based on a materialist philosophy of nature, a belief system grounded in a nineteenth century ideology. Underlying this ideology is a vision of science led by a scientific priesthood guided by a fantasy of scientific omniscience and mechanical determinism. We uncritically assume the tenets of conventional science are true. However, the paradigm of mechanistic materialism is now being challenged by a view of nature as organic and alive, a more holistic paradigm. The sciences in general and agricultural science in particular are being held back by these assumptions that have hardened into dogmas and act as barriers against open-minded thinking. By becoming aware of these assumptions it becomes easier to see how research in agriculture could move in a more holistic direction and more effectively address the many related global challenges we face. In the light of this, several new possibilities for agricultural research and development are suggested. Some depend on a change in worldview; others make sense within both materialist and non-materialist frameworks of thought. Ultimately, innovation in agriculture will be most free when no particular orthodoxy dominates, and when scientific research is carried out pragmatically, liberated from the dogmas of materialism, molecular triumphalism and neo-liberal capitalism.

Since the late nineteenth century, the earth has been transformed by the applications of science through technology and modern medicine. There have also been great increases in food production through intensive agriculture and factory farming. Over the same period, capitalism has created international systems of trade, investment, and global corporations, whose job is to increase profits. Everyone is affected. Almost all agricultural systems now operate within this scientific, technological and capitalist environment.  In most parts of the world traditional agricultural methods have been replaced by modern “scientific” practices including mechanization and the use of factory-made fertilizers, herbicides, fungicides and pesticides.  Irrigation has been extended widely, often at the expense of non-renewable aquifers, and in some areas irrigation has degraded the soil through salinization. Large-scale deforestation to create more agricultural land has contributed to a startling loss of biodiversity.  The increase in population from one billion in 1800 to two billion in 1927 to 7.7 billion in 2019 has created a much greater demand for food, as has the increase in meat consumption, which creates the need to feed billions of animals in factory farms on cereals, soya beans and other crops.

Science and economics are not theory-neutral.  They are expressions of world-views, and we need to be aware of the prevailing world-view, or else we will follow it through blind faith.

In his influential book The Structure of Scientific Revolutions (1962), the historian of science Thomas Kuhn argued that, at any given time, the sciences are shaped by a particular model of reality that he called a paradigm. The paradigm defines valid ways of doing research. Most of the time, “normal science” goes on within the prevailing orthodoxy, but from time to time there is a shift in the fundamental model of reality through a scientific revolution, when a new, more inclusive paradigm supersedes the old one. Factors that help precipitate paradigm changes include anomalies, which are awkward phenomena that do not fit into the prevailing paradigm. They are usually dismissed, denied, or explained away until there is a shift in paradigm, giving a broader view of reality that enables these anomalies to be included.

Contemporary science and economics are based on a materialist philosophy of nature, which asserts that all reality is material or physical. There is no reality but material reality. Matter is non-conscious. Human consciousness is a functionless by-product of the physical activity of the brain. God exists only as an idea in human minds, and hence in human heads. There are no purposes in nature, and evolution is purposeless.

One major anomaly for this materialist paradigm is consciousness itself, the very existence of which is called “the hard problem” in the philosophy of mind.  Another is purpose. Obviously, humans have purposes, and so do non-human animals. So where do consciousness and purposes come from if nature is fundamentally non-conscious, and purposeless?  Some philosophers wrestle with these questions, but most people simply ignore them.

These materialist beliefs are powerful not because most people think about them critically, but because they don’t. The facts of science are real enough, and so are the techniques that scientists use, and so are the technologies based on them. But the belief system that governs conventional scientific thinking is an act of faith, grounded in a nineteenth century ideology. The same materialist assumptions underlie our economic systems.  And underlying these systems of thought is a vision of science as a world-transforming activity, led by a new priesthood, a vision dating from the seventeenth century, when mechanistic science was first established. The enormous successes of science and technology have indeed been world-transforming and seem to have proved this vision true. But they have also led to an uncritical scientific dogmatism, which is now inhibiting free enquiry, threatening the survival of countless species, and endangering human survival.

Towards a more holistic approach

The paradigm of mechanistic materialism is now being challenged by a view of nature as organic and alive, a more holistic paradigm. Some philosophers of mind and neuroscientists are now adopting a panpsychist worldview instead, according to which all self-organizing system, including atoms, have an element of mind or subjective experience (Goff, 2019). The Gaia hypothesis, the idea of the earth as a living organism, is one example of this change. But even for those who have no interest in these theoretical arguments, for practical reasons alone we need to change the way we think and act.

In the light of these principles, I discuss several new possibilities for agricultural research and development. Business as usual is unsustainable in the context of soil degradation, environmental pollution, deforestation, loss of biodiversity, increasing human population, climate change, limited water resources and the obesity pandemic. New initiatives on large and small scales are needed. I suggest several possibilities.  Some, such as enhancing the microbiome of the soil, pragmatic plant breeding and epigenetic inheritance, depend on a change in worldview. Others such as rediscovering and testing traditional practices, urban gardens and part-time farming and reducing demand through human dietary changes, make sense within both materialist and non-materialist frameworks of thought.

One of the problems with Thomas Kuhn’s analysis of paradigm change in science is that it seems to validate dictatorships. When a new paradigm comes into force, the old model is rejected or discredited.  A new orthodoxy replaces the old one.  This is a model of revolutions akin to political revolutions in which one authoritarian regime is replaced by another. Perhaps the next kind of scientific revolution could be different, and instead of ushering in a new orthodoxy, it could open the way to a tolerant pluralism.

This is what I hope for. Innovation will be most free when no particular orthodoxy achieves a monopoly of power, or of funding, and when scientific research in general, and agricultural research in particular, are carried out pragmatically, liberated from the dogmas of materialism, molecular triumphalism and neo-liberal capitalism, and placing a major emphasis on the building up of the quality of the soil and on sustainability. 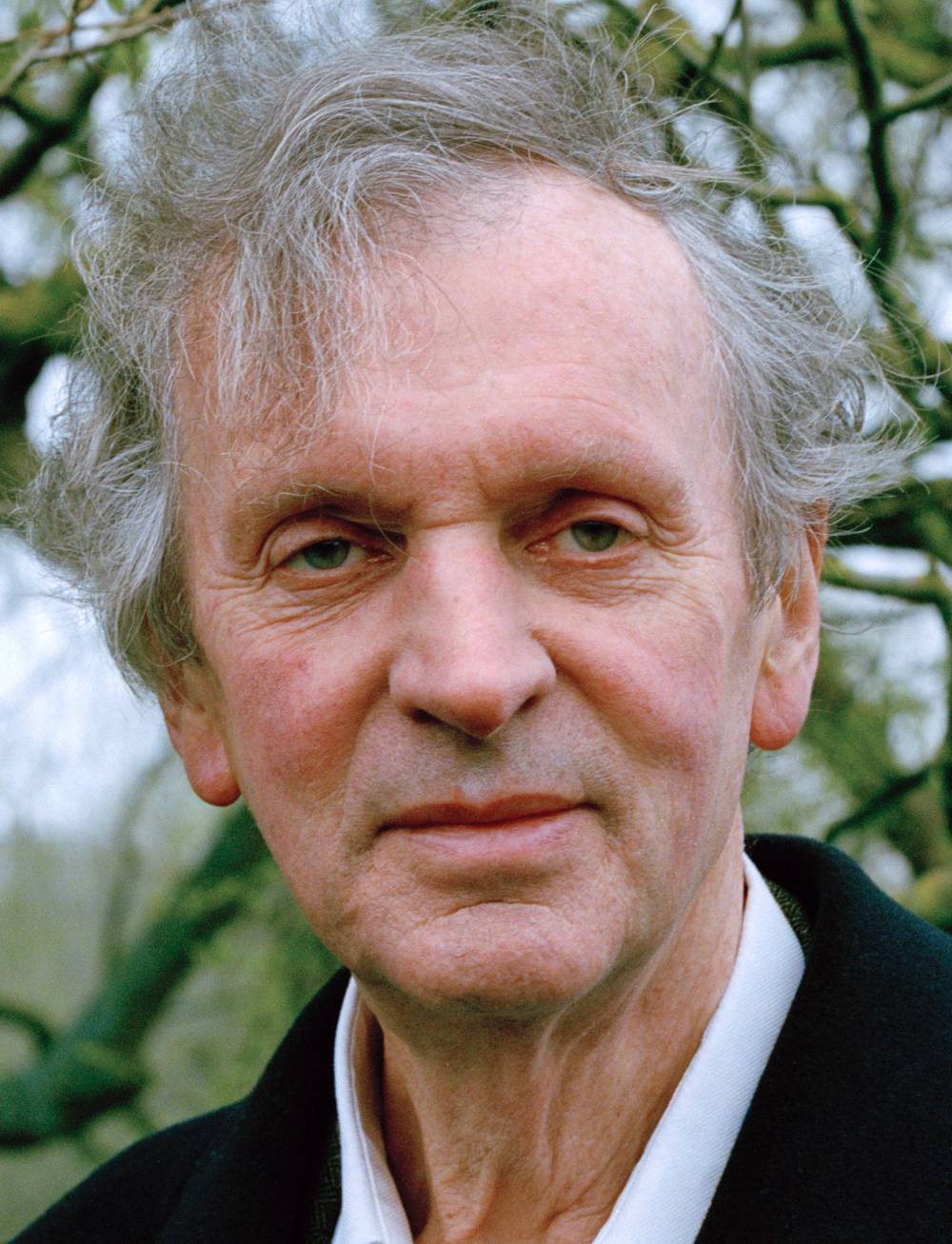 Rupert Sheldrake, PhD is a biologist and author of more than 90 technical papers and nine books, including The Science Delusion (called Science Set Free in the US), and the co-author of six books. He was a Fellow of Clare College, Cambridge University, a Research Fellow of the Royal Society, and a Frank Know Fellow at Harvard. He worked in India as Principal Plant Physiologist at the International Crops Research Institute for the Semi-Arid Tropics (ICRISAT). From 2005-2010, he was Director of the Perrott-Warrick Project for the study of unexplained human and animal abilities, funded from Trinity College, Cambridge. He is a Fellow of the Institute of Noetic Sciences in California and of Schumacher College in Devon, England. He lives in London.

INTRODUCTION by Laila Kassam and Amir Kassam
Next Chapter: →
CHAPTER 2 Agriculture Planted the Seeds of Alienation from Nature by Jim Mason and Laila Kassam