Agriculture Planted the Seeds of Alienation from Nature

by Jim Mason and Laila Kassam

Our worldview is rooted in an agrarian culture which holds a dominionist view towards the living world. In pre-agricultural times, forager peoples saw other animals as kindred tribes who gave a sense of continuity with nature. When foragers started to become farmers 10,000 years ago, increasing their control over other animals and nature, they developed new myths of human supremacy to justify this exploitation. Agrarian life and population pressure required the production of surpluses and expansion of land holdings. The drive for surpluses, especially of other animals, led to concepts of property and wealth and the emergence of class. Warfare, conquest and ruthlessness as a means of social control and wealth building were built into the new social order. The oppression of other animals played a key role in facilitating the development of war, colonialism, capitalism and other forms of domination. This aggressive, herder, ‘agri-culture’ has directly shaped our current worldview with terrible consequences. We need to reset our nature-dominating worldview. Only when we stop denying that Kinship is the biological reality here on earth can we hope to stop destroying nature and each other.

Dominionism: Our nature-dominating worldview and its origins
Our worldview is the product of tens of centuries of agriculture. It sees nature as part slave, part enemy, and always a thing to be on top of. Dominion is defined as “a supremacy in determining and directing the action of others….” Our agri-culture’s view of the living world is dominionist. Indeed, the West’s creation story in Genesis tells how GOD[1] the creator expressly grants human beings dominion over His (sic) creation. Around 1600, Francis Bacon and René Descartes, regarded as the “fathers” of modern science, provided a formula for secularizing domination of nature in a period when capitalism began eroding the cultural strength of religion.

Before agriculture: A world alive and ensouled
Before settled agriculture, tribal peoples regarded the world around them as alive and full of souls. Anthropologists call this animism; we call it the primal worldview. This outlook grew from reality, not ideology, for primal societies lived close to nature—in and with the life around them. It appears that ancient primal people enjoyed relatively high standards of living. Archeological evidence from the Upper Paleolithic (30,000 years ago) indicates good diets and health. Other evidence suggests that plant foods collected, prepared, and shared by women provided the bulk of the primal diet.

Other Animals: Movers and shapers of the human mind and worldview
The most important myth of a people is its creation story, for it sets out the elements of their worldview. It is significant that our animal cousins stand out as First Beings in so many creation stories. Animals are “good to think,” wrote Claude Levi-Strauss (1964), the pioneer in the science of child development. From childhood on, our animal cousins give the human mind a frame of reference to the rest of the living world. When speaking of worldviews, then, we may say that animals = nature.

Agriculture: A new relationship with nature, a new social order
About 13,000 years ago the earth’s great glacial icecap was melting away because of a warming trend. In some ecosystems—human numbers and density crept upwards. They became locked in by their neighbors—and they had to intensify food procurement.  They learned how to cultivate wild grains . Circumscribed as well, hunters had to adapt. Instead of stalking far and wide, they preyed on the local herds of gazelles, goats, and sheep.

Once the agrarian life took over, the situation was one of growing populations in an ecologically restricted space. Under pressure, people took on new strategies for survival. One strategy was intensification—increased crop and herd surpluses. The striving for and valuing of surpluses led to concepts of property and wealth, which in turn led to the emergence of classes of some people ruled by others who had more. Another strategy was expansionism, which led to mass conflicts and militarism, which in turn led to slavery, subordinate classes and the rule of the rich and powerful.

Misothery: The reduction of animals and nature
When herders and farmers intensified their uses of other animals, they needed some ways to resolve their beliefs in the animal spirit-powers. Mason (1993) coined the word misothery,  meaning  hatred and contempt for nature—especially its animal-like aspects. Like misogyny, misothery reduces the power, status, and dignity of an Other. Misothery… assisted in the demotion of other animals from powers and kindred beings to lowly beings and slaves.

Herders’ legacies: The making of the Western worldview
For herding societies, the herd is everything to them, it is all their wealth, and nothing gets between the tribe’s herd and the best water and grasslands:

Around the world common elements run through their cultures: an obsession with the goat, cow, horse, sheep, or camel so extreme that every aspect of life mediates or embellishes its image; aggressive hostility to outsiders, the armed family, feuding and raiding in a male-centered hierarchical organization, the substitution of war for hunting, elaborate arts of sacrifice, monomaniacal pride and suspicion (Paul Shepard, 1978, p. 154).

Nevertheless, the model pervasive in Western culture is that of the gentle shepherd watching over tranquil flocks.  The model grew into the West’s monotheistic religions, whose great king of heaven and earth tends over the flock of the faithful. Sociologists Gerhard and Jean Lenski find the same concept of one all-powerful god in many herding societies…along with: “…marked social inequality…[h]ereditary slavery…raiding and warfare…military advantage over their less mobile agrarian neighbors….”

War and colonialism: Dominating lands and others
The central role of animal exploitation in enabling and promoting widespread violence, war and colonialism is analysed by sociologist David Nibert (2013). Nibert contends that without this exploitation, the widespread violence, warfare and Empire-building that Eurasian customs and institutions spread throughout much of the world would not have been possible. In fact, the exploitation of other animals has promoted such violence due to the need for ever-increasing sources of fresh water and grazing land (Ibid).

The herder roots of property, money and capitalism

The concept of property arose from the power of disposal over the herds and was older and stronger than the property concept based on ownership of land, for arable land was plentiful, tamed animals scarce. Land spells production, cattle spell consumer goods. Only consumable property has tangible worth. Animals were the first form of capital (wealth). The word ‘capital’ stems from Latin ‘capita’, relating to the head count of cattle by which a man’s wealth was measured (Richard Lewinsohn, 1954, p. 76).

Nibert (2013) shows how much of the wealth and resources extracted from the Americas by European colonisers paved the way for the transformation of the European feudal system to the even more exploitative capitalist economic system.

Consequences of dominionism and misothery
Animal agriculture uses 83% of global farm land while only providing 18% of calories (Poore & Nemecek, 2018). The globalization of animal-based Western diets has also resulted in a worldwide epidemic of chronic diseases that are intimately related to dietary choices. Animal agriculture is estimated to contribute approximately 15% of total greenhouse gas emissions (Poore & Nemecek, 2018). This includes emissions generated from grass-fed ruminants in ‘well-managed’ grazing systems.  Overall, animal agriculture is the most significant driver of habitat loss (Machovina et al., 2015) and one of the biggest drivers of global biodiversity loss (Steinfeld, et al, 2006).

In short, our agrarian worldview is destroying the living world right under our noses. We are too disabled by dominionism, too alienated by misothery, to fully understand what we are doing.

[1] Emphasized to deny the authors’ endorsement of the conventional God myth. 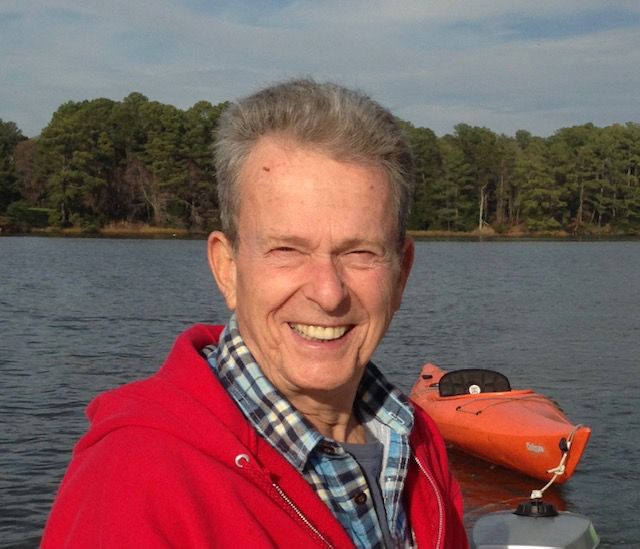 Jim Mason is an author and attorney. His book, The Ethics of What We Eat: Why Our Food Choices Matter (co-authored with Peter Singer), explores the ethical questions involved in modern food systems. Mason’s book, An Unnatural Order: The Roots of Our Destruction of Nature (Lantern Books, 2005), traces the making of the ideology of human supremacy. Animal Factories, his 1980 book with Peter Singer, was the first to document in depth how factory farming harms animals, environment, and consumers. He is a contributor to A Cultural History of Animals and The Oxford Handbook of Animal Studies. His writings have appeared in Audubon, The New York Times, New Scientist, Newsday, Country Journal, Orion Nature Quarterly, and other publications. 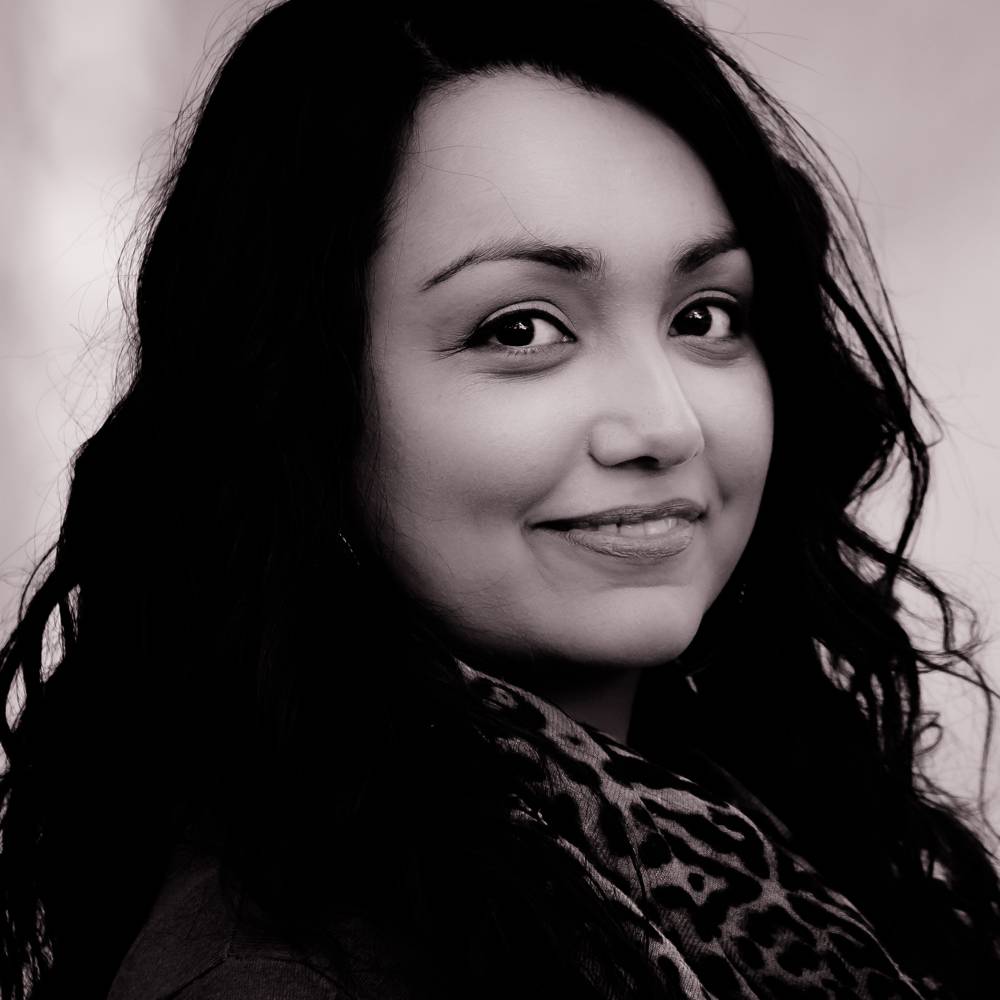 Laila Kassam is a development economist and has worked in the international development sector since 2003. She has worked with NGOs, foundations, government ministries and international research and development institutions (including the CGIAR and FAO) focusing on rural development in sub-Saharan Africa and South Asia. Laila is a co-founder and Mission Lead of Animal Think Tank, UK. She currently works on issues related to agroecology, sustainability, food system transformation, and animal, climate and social justice. Laila has a BSc (Hons) in Economics and Politics (University of Bristol), an MSc in Development Management (London School of Economics and Political Science) and a PhD in Development Economics (School of Oriental and African Studies, University of London). Laila’s previous positions include: Programme Associate for Rural Development for the Aga Khan Foundation (Geneva); Research Officer for the DFID funded Coastal Rural Support Programme (Kenya); and Overseas Development Institute (ODI) Fellow at the Ministry of Agriculture (Guyana).