Why Change the Way we Grow, Process and Consume our Food?

The negative social, environmental and economic impacts of the present industrial and conventional agriculture and food system as a whole have become the focus of attention of decision makers and civil society groups. Climate Change has now taken on a new importance with changing climate patterns and increasing extreme weather events. The food production system and the wider globalized food system are very much a part of the problem, representing between 40 and 50 percent of total carbon emissions. On the production side, agriculture can and should be part of the solution by sequestering carbon underground. On the processing, distribution and consumption side, there are major savings to be made by reducing waste and modifying consumption patterns. This chapter explores these issues and provides a set of solutions that could be implemented with immediate effect, to reduce Climate Change and improve the general health of people, animals and the planet.

Calls for a transformation of agriculture and the food system, or we may simply say the food system, are not new but have gained in strength from the request for a change in paradigm, away from Green Revolution to agroecology. The formative call for this transformation by the International Assessment of Agricultural Knowledge, Science and Technology for Development (IAASTD, 2009) continues to gain urgency and cannot be overstated.

The evidence that we can produce enough quality food sustainably for all is widely available. For Europe, the Poux  (2018) study shows that agroecology is a feasible option, even though there are the usual voices that call for a continuation of the present model, with more technology, chemistry, genetic engineering, larger holdings and vertical urban farming. This study also emphasizes that diets will have to change through reducing meat consumption while increasing vegetables and fruits. From a health and environmental point of view, this makes sense, given that much of the cheap, industrial meat production is both socially and environmentally damaging and economically dependent on subsidies. Furthermore, low prices are made possible by externalizing the negative costs, which promote excessive consumption and waste.

Study after study published since the IAASTD report 10 years ago has emphasized the need for a radical transformation of the food system, a paradigm change from an exploitative to a regenerative system. Knowing the challenges presented by the last decade of procrastination and inaction at the political and private sector level, civil society has taken matters into its own hands. For example farmers have transitioned to organic, ecological and regenerative practices, despite the lack of research, which many have taken upon themselves to conduct. Consumers are now also more aware than ever about the health impact of industrial food (Wise, 2019).

In its 2019 Report (Swinburn et al., 2019) the Lancet Commission on Obesity demonstrates that the pandemics of obesity, undernutrition, and climate change represent the paramount challenge for humans, the environment and our planet. These interacting pandemics represent The Global Syndemic with common, underlying drivers in the food, transport, urban design, and land use systems. The costs to society are out of control, with obesity affecting over 2 billion people and costing an estimated 2.8% of global GDP. In addition, 155 million children are stunted and 52 million are wasted by undernutrition. The food system that overproduces by nearly 50%, still leaves over 800 million people chronically undernourished.

The main issues with the present food system are beautifully visualized, described and quantified in the compelling handout by Bendjebbar et al. (2019). However, the policy responses to these problems have been at best inadequate, and at worst bordering on irresponsibility. As we have already noted, in the IPES-Food report of 2017 regarding system blockages, vested interests are standing in the way of an integrated, inclusive, responsible and holistic approach to the problems. The food system, climate change, obesity, under and mal-nourishment, ecological degradation and growing inequity are not separate events. They are all connected, as well represented by the universally agreed 2030 Agenda for Sustainable Development, including its 17 Sustainable Development Goals (SDGs).

Agroecology is the only approach that will be able to do this because it deals with the root causes of the unsustainable food system. It is inclusive, holistic and merges the three sustainable development dimensions and addresses all the SDGs. It helps solve the crippling climate emergency by being carbon neutral, and a major carbon sink, reducing the atmospheric carbon stock, which was and still is, released by conventional and industrial agriculture (crop and livestock). Agroecology will not solve the problem alone but it will make a major contribution if it is implemented in its three dimensions (social, environmental and economic) at once and on global scale with no further delays. The transformation is possible with immediate effect given that knowledge is sufficient to get started. R&D funds must be redirected 100% towards agroecology, organic agriculture, regenerative agriculture and permaculture to assist farmers with new science, knowledge and technologies, in particular because of the need for adaptation to the many different ecological, economic and social conditions and for ecosystem restoration. These systems work with nature, not against it. 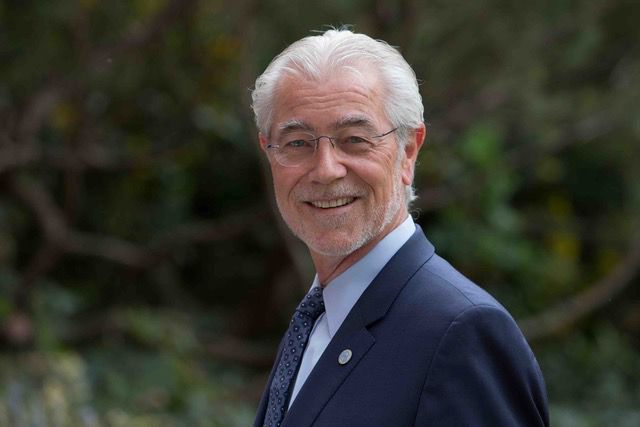 Hans R. Herren, PhD is founder and President of the Biovision Foundation (Zurich) and President of the Millennium Institute (Washington DC). Until 2005 he was Director General of the International Centre of Insect Physiology and Ecology, Kenya. He was Director of the Plant Health Division at the International Institute of Tropical Agriculture, Nigeria (1979-1994). He has MSc and PhD degrees in agronomy, plant breeding and entomology (ETH-Z), with specialization in biological control (UC Berkeley). For his scientific and development achievements he has been awarded among others the Right Livelihood Award 2013; World Food Prize 1995; Tyler Prize for Environmental Achievement 2003; the National Academy of Sciences and the Third World Academy of Sciences membership, and is member of IPES-Food and the IFOAM-OI World Board. He also co-chaired the UN and World Bank sponsored International Assessment of Agricultural Knowledge, Science and Technology for Development (IAASTD, 2009).

← Previous Chapter:
CHAPTER 7 A Food System Fit for the Future by Tony Juniper
Next Chapter: →
CHAPTER 9 Two Paradigms of Science – and Two Models of Science-Based Agriculture by Colin Tudge