Knowledge systems for inclusively responsible food and agriculture must avoid the sort of errors and myths revealed by ground-truthing research. They have often to confront and transform powerful interests and the embedded Newtonian professional paradigm, which fits physical conditions which are universal, controllable and predictable. Canons of rigour for learning about the complex and diverse conditions of farmers differ paradigmatically and include triangulation, adaptive iteration, ground-truthing and self-critical personal awareness. Heretical approaches like Integrated Pest Management and the System of Rice Intensification have been spread by champions in the face of professional opposition, and have been adopted by millions of those farmers whose complex and diverse conditions are suitable. The way forward is to achieve a new balance and optimality by putting local knowledge systems first and achieving new symbiotic relationships with dominant knowledge systems. This is not a threat but a thrilling opportunity for funders and others to see things differently, to experience grounded realities, and to collaborate inclusively to achieve shared goals of inclusively responsible food and agriculture.

Two families of knowledges can be contrasted. The dominant knowledge system, grounded in the ‘modern’ ‘Western scientific’ tradition, is widely regarded as objective but it is unavoidably value-laden. In much practice it has values associated with the power and interests of funding agencies and corporate organisations. These determine much of the choice of framing, topic, methods, utility and use by stakeholders, including by exclusion of topics not explored and approaches, methods and concepts not used.  In practice, the dominant scientific knowledge system tends to flood and drown the second family, of local knowledge systems, especially the vast diversity of non-Western indigenous knowledges.

Knowledges for inclusively responsible food and agriculture systems are likely to be stronger and more appropriate when they draw on, hybridise and adapt both the dominant and the local knowledge systems, not least as elements in circular economies (see below).

The lessons that follow are relevant for inclusive responsibility with food and agriculture. They can draw on and apply to for instance:

Neo-Colonialism and the New Alliance for Food Security and Nutrition (Chapter 4).

The Myth of a Food Crisis (Chapter 5)

Gene-Edited and other GM Crops (Chapter 13).

Like the four cases cited above [Saharan Desertification, Deforestation in Guinea, Integrated Pest Management and the System of Rice Intensification], these chapters include examples of narratives promoted by the mainstream/dominant knowledge systems later revealed to be false or distractions. All of these examples reflect the tendency of powerful knowledge systems to produce, support and promote evidence and narratives which align with dominant interests of funders, international organisations, corporations, governments and wealthy individuals, while ignoring the realities on the ground and the interests of those who otherwise would be left behind. As such these dominant knowledge systems are unlikely on their own to produce, support and promote the evidence and narratives needed for inclusively responsible food and agriculture systems. For these must seek to serve the true needs of the many and not the few in society. They must serve as well the needs of the natural world which generates the ecosystem functions on which we rely, for instance clean water, carbon sequestration, nutrient cycling, pollination, and guarding against soil erosion and land degradation. Two key related lessons stand out: we need knowledge systems that take account of the complexity and diversity of grounded realities; and we need repeatedly to reverse power relations to put first the good of farmers, and by extension the good of their communities and the natural resource base.

Rigour for complexity. These examples can be understood in the context of the two main coexisting paradigms which affect the way that knowledge is produced and interpreted: the dominant Newtonian, materialist paradigm for physical things such as production inputs within a mindset that assumes more output needs more input; and the Complexity paradigm for systems, people, social processes and nature. The dominant knowledge system sits within a Newtonian scientific paradigm. The Newtonian paradigm may fit for those physical things that are controllable, measurable, predictable and with a linear logic towards equilibrium; however reality is in fact much more complex and the Complexity paradigm is fitting for systems, people, social processes and nature (and some things such as those on a quantum level) which are uncontrollable, harder to measure, unpredictable, and with non-linear logic towards emergence. Indigenous (both western and non-western) local knowledge systems generally sit within this Complexity paradigm. Roles and behaviours, relationships, mindsets, orientations, methodologies and predispositions contrast between the Newtonian and Complexity paradigms. These examples are illustrative of the way that top-down, standardized, mechanistic procedures have increasingly dominated in many agencies and governments and in development policy and practice, reflecting a shift of balance from Complexity to Newtonian.

Newtonian rigour is reductionist and focuses on what is measurable and quantifiable, and hence gives primacy to evidence drawn from Randomised Control Trials (RCTs) and Systematic Reviews (SRs). This form of rigour is problematic in conditions of complexity where there is multiple causality and diversity, and where conditions are difficult to control or uncontrollable, emergent, non-linear, and unpredictable. Our current dominant knowledge system values RCTs and SRs, and Newtonian rigour which is predisposed to promote reductive, technological fixes. But this misses much of farmers’ and rural complex realities, which cannot be standardised or easily measured. We need knowledge systems, which can deal with complexity and diversity in a manner that is rigorous as well as socially and ecologically responsible. 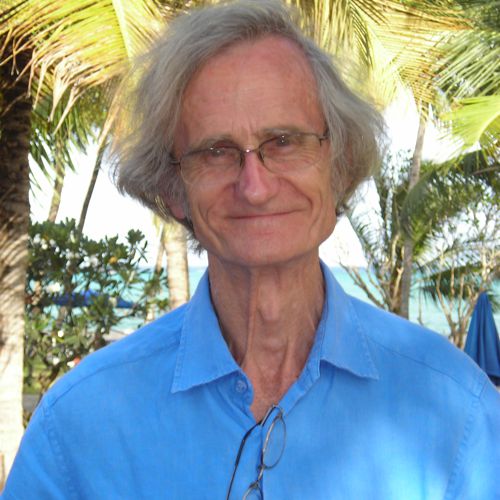 Robert Chambers is a Research Associate and Emeritus Professor in the Participation Team at IDS where he has been based for most of his life, with extended periods in East Africa and South Asia, mainly India. He has worked as a government field administrator, a trainer, an evaluator, and a donor programme officer, including time with UNHCR and the Ford Foundation. In 1993 he was one of a team who facilitated the first PRA (participatory rural appraisal) training in China (in Kunming). His books include: Rural Development: Putting the last first (1983), Farmer First (1989, co-editor), Whose Reality Counts? Putting the first last (1997), Participatory Workshops (2002), Ideas for Development (2005), Revolutions in Development Inquiry (2008), Into the Unknown: Explorations in development practice (2014), and Can we know better? (2017). His current concerns and interests include professionalism, power, the personal dimension in development, participatory methodologies, teaching and learning with large numbers, biases and blind spots, and community-led leaving no one behind.