Healthy Diets as a Guide to Responsible Food Systems

A responsible food system is one that provides healthy and nutritious food, from ecologically sustainable production systems, that meets nutritional requirements for all stages of human life, whilst minimizing wastage and its negative impact on long-term planetary health. Our current food system meets none of these objectives. This chapter reviews data on the impact of diet on health and illness and shows how current dietary patterns are fuelling an epidemic of chronic disease. We discuss the role and influence of Government and Industry on our current diet choices, summarise the impact of food production on environmental health and provide evidence supporting the need for a global shift to a predominantly plant-based dietary pattern for both optimal human and planetary health. Governments, policy makers, health professionals, and the food industry urgently need to work together to forge a new food paradigm, guided by the principles outlined in this chapter.

Several studies have shown that diet and nutrition can be used to treat and reverse the same chronic diseases in which diet is causal. An early pioneer was Nathan Pritikin, an inventor and researcher, who adopted a low fat, predominantly plant-based diet following his own diagnosis of heart disease at the age of 43 years and having subsequently studied the available evidence. He went on to open a clinic to treat patients with heart disease with the ‘Pritikin diet’. His dietary therapy was successful in treating patients with cardiovascular disease and diabetes (Brierly et al., 2003; Rosenthal et al., 1985). Dr Dean Ornish, published the initial results of his Lifestyle Heart Trial in 1990. He randomised patients with coronary artery disease (atherosclerosis) to either a low fat, mainly plant-based diet (plus exercise and stress management training) or the standard lifestyle recommendations prevalent at the time. He was able to demonstrate that in the experimental group, the majority of patients showed regression of atherosclerosis (arterial plaques) after a year and this was sustained and improved upon after 5 years of follow-up (D. Ornish et al., 1990; Dean Ornish et al., 1998). A lifestyle study conducted in India also showed very similar results with regression of heart disease (Gupta et al., 2011). In addition, Dr Caldwell Esselstyn published data on 198 consecutive patients with coronary heart disease treated with a low fat, plant-based diet but no other lifestyle interventions. He showed that the rate of subsequent cardiac events in those adherent to the diet was very low and there was reversal of atherosclerosis in some patients (Esselstyn, Gendy, Doyle, Golubic, & Roizen, 2014). A low fat, plant-based/vegan diet is the only diet to date that has been shown to halt and reverse coronary heart disease.

Regarding cancer, Dr Dean Ornish has shown that his lifestyle approach with a low fat, plant-based diet, stress management and exercise can reverse early stage prostate cancer and that these lifestyle changes favourably alter gene expression in the cancer cells and lengthen telomeres in blood cells (the caps at the end of chromosomes, associated with aging) after only 3 months (Frattaroli et al., 2008; D. Ornish et al., 2008; Dean Ornish et al., 2008). Increased consumption of whole plant-foods has been shown to prolong remission and survival in several cancers including breast and bowel cancer (Chlebowski et al., 2018; Guinter, McCullough, Gapstur, & Campbell, 2018).

Encouragingly, there is recognition from the global medical community that lifestyle interventions, including diet and nutrition, need to be the cornerstone of disease prevention and reversal (D. L. Katz et al., 2018). The term ‘lifestyle medicine’ refers to a growing subspecialty formally recognised through the founding of the American College of Lifestyle Medicine in 2015 and its creation of a lifestyle medicine global alliance for the purposes of collaboration, shared knowledge and best practice. This provides new hope in the battle against NCDs. 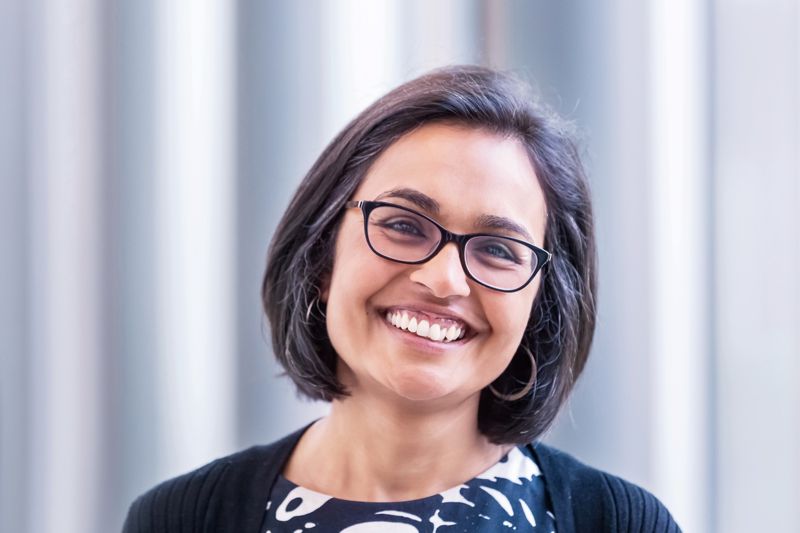 Shireen is a Consultant Haematologist and Honorary Senior Lecturer at King’s College Hospital, London, UK with a specialist interest in the treatment of patients with lymphoma. She qualified as a medical doctor in 2000, training first in General Medicine and then specialising in Haematology, achieving Fellowship of the Royal College of Pathologists (FRCPath; 2008). During training, Shireen completed a PhD (University of London, 2011). Her research investigated the role of selenium, an essential micronutrient, in sensitising cancer cells to chemotherapy.

Shireen founded plant-based health professionals UK in 2017, a non-profit organisation whose mission is to provide evidence-based education on whole food plant-based nutrition for preventing and treating chronic disease. Since then she has been appointed as Visiting Professor of Plant-Based Nutrition at Winchester University and provides the UK’s only University course on plant-based nutrition. Shireen is a board certified Lifestyle Medicine physician with the International Board of Lifestyle Medicine. 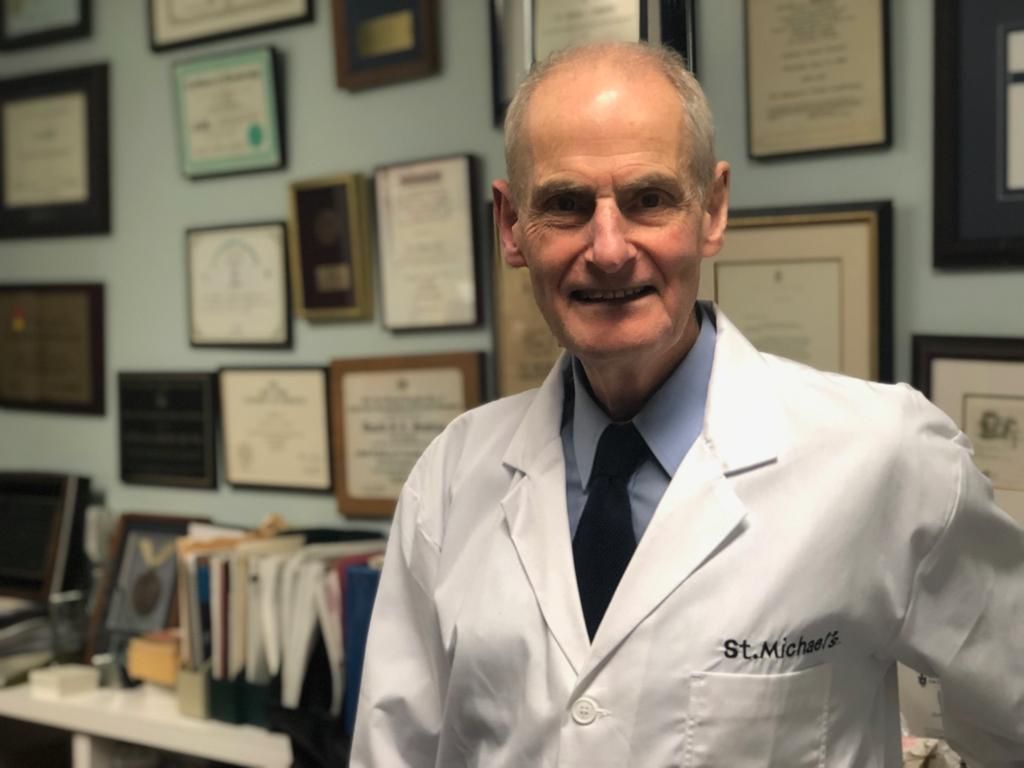 David J.A. Jenkins is an University Professor, and Canada Research Chair, in the Departments of Nutritional Sciences and Medicine. He was educated at Oxford University, obtaining his DM, DPhil and DSc. He has served on committees in Canada and the United States that formulated nutritional guidelines for the treatment of diabetes and recommendations for fibre and macronutrient intake under the joint US-Canada DRI system (RDAs) of the National Academy of Sciences. His team was the first to define and explore the concept of the glycaemic index of foods and demonstrate the breadth of metabolic effects of viscous soluble fibre, including blood glucose and cholesterol lowering. His group developed the cholesterol lowering concept of the dietary portfolio that has entered guidelines in many jurisdictions (e.g. CCS, Heart UK etc.). He believes in the therapeutic value of plant based diets and that diets have to be environmentally sustainable.

Doug Bristor is from Cambridge and has a background in ICT and Fractal modelling. Professionally, he is a ‘layperson’ in nutrition. However, he has many years of experience working in the education sector with emotionally and behaviourally challenged students. It is through this work that he became aware of the impact of poor nutrition on physical and emotional health. He was also made aware of the lack of adequate nutrition education and the systemic resistance to information and understanding that challenges current behaviour and thinking. He is committed to supporting health professionals access and present scientific information that promotes a healthful, ethical and sustainable way of living 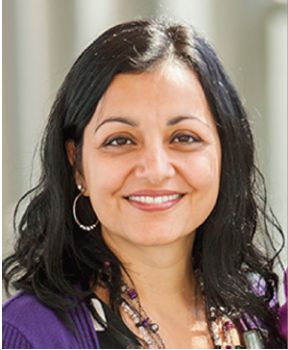 Dr. Zahra Kassam is a radiation oncologist at the Stronach Regional Cancer Centre in Ontario, Canada, and an assistant professor in the Department of Radiation Oncology at the University of Toronto. Zahra received her medical degree from the Imperial College of Science, Technology and Medicine in 1995, completed her specialist training in Clinical Oncology in the UK, followed by 3 years of clinical and research fellowship training at the Princess Margaret Cancer Centre, Canada, with a Masters in Clinical Epidemiology at the University of Toronto. Her areas of clinical practice are in gastrointestinal and breast cancers. Zahra is a board certified Lifestyle Medicine physician with the International Board of Lifestyle Medicine. In 2019, she co- founded Plant-Based Canada with the mission to promote plant-based whole food nutrition that is sustainable and the healthiest possible, and which promotes the well-being of the planet and all its inhabitants.