The Myth of a Food Crisis

A key assertion in many discussions on global agriculture is the prediction of a potential future global food production deficit: the challenge of ‘feeding the 10 billion’. The crisis narrative has in many ways been led by the UN’s Food and Agriculture Organisation (FAO), whose quantitative modelling of the food system has predicted a 70% increase (now 60%) in the annual total of food needed by 2050. By examining the assumptions underlying its modelling, however, this paper shows that FAO and other modellers have consistently underestimated actual and potential global food supplies and overestimated food demand. For example, FAO’s latest model underreports potential rice yields by approximately 7 billion persons worth of food. In all, this paper estimates that, since they all use similar assumptions, at least 12.5 billion persons worth of food has been left out of current food models. Thus current models imply quantitative scarcity where none exists.

Conflicts of interest amid the food crisis

This question leads to the consideration of what is most noticeable about the four questionable assumptions identified in this chapter, that they are not neutral in their effects. Each has the consequence either of exaggerating demand or of underestimating supply, either in the present or in the future. Thus they all serve to exaggerate a Malthusian scenario. The same is true for the assumption noted by Hertel, that FAO fails to appropriately take into account the effects of price on production (Hertel, 2011). It too underestimates future food supply. Together the effect amounts to the food requirements of, minimally, many billions of people.

A potential explanation for the Malthusian exaggeration is that FAO, like almost every large institution in the food/academic/philanthropic nexus, has a conflict of interest. If there were no threat of a food crisis of some kind, FAO’s institutional raison d’etre (motto: Fiat Panis) would vanish. Additionally, given these conflicts, some food crisis variants are clearly preferable, from FAO’s perspective, over others. If institutions like FAO, IFPRI, or the World Bank were to frame the problems of agriculture as resulting primarily from maldistribution of land, democratic deficits, poverty, or the excessive power of agribusiness, they would come into conflict with agribusiness, governments, and wealthy landowners, the very people who, directly or indirectly, fund or control these institutions. Far safer, politically, to blame hunger on lack of production; that is, the farmers (Food First, 2016; Sampson, 2018).

In this context it is useful to recall the seemingly neglected predictions of FAO’s own models that increasing food production would have little effect on the number of people going hungry (Alexandratos & Bruinsma, 2012; Bruinsma, 2003). This prediction came true. In 2018, even though food production did subsequently increase, and food prices fell, the number of malnourished rose to 821 million. If FAO wants to solve hunger, their own model is telling them to look elsewhere than increasing production. This is a highly damaging finding to models, like GAPS, with a productivist premise. Yet, 17 years on from 2003 FAO still targets productivity, as does almost every major food security institution and philanthropic effort (Food First, 2016).

Read an article based on this chapter entitled Agriculture’s Greatest Myth. 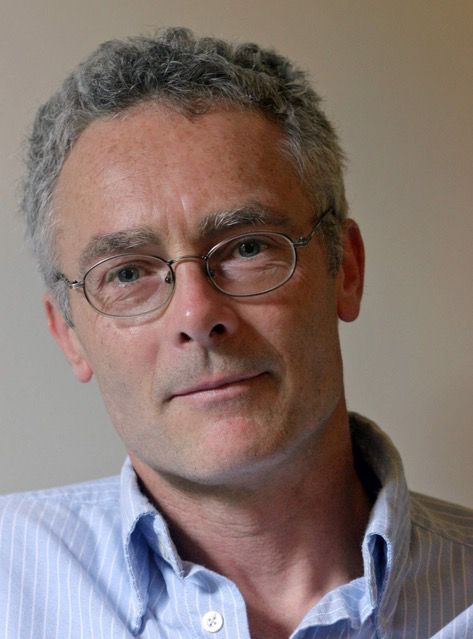 Jonathan R Latham, PhD is co-founder and Executive Director of the Bioscience Resource Project and the Editor of Independent Science News. Dr Latham is also the Director of the Poison Papers project which publicizes documents of the chemical industry and its regulators. Dr. Latham holds a Masters degree in Crop Genetics and a PhD in Virology. He was subsequently a postdoctoral research associate in the Department of Genetics, University of Wisconsin, Madison. He has published scientific papers in disciplines as diverse as plant ecology, plant virology, genetics and genetic engineering. Dr Latham talks frequently at international events and scientific and regulatory conferences on the research conducted by the Project. He has written for Truthout, MIT Technology Review, the Guardian, Resilience, Salon.com, and many other magazines and websites.

← Previous Chapter:
CHAPTER 4
Neo-Colonialism and the New Alliance for Food Security and Nutrition: A Gendered Analysis of the Development Consequences for Africa By Mark Langan and Sophia Price
Next Chapter: →
CHAPTER 6
Animal Ethics as Critique of Animal Agriculture, Environmentalism, Foodieism, Locavorism, and Clean Meat by Robert C. Jones