In this chapter I examine some of the key concepts and debates in the areas of environmental, food, and animal ethics. I look at some of the theoretical ethical arguments for ending animal exploitation and challenge some of the key justifications from those in the environmental, foodie, and locavore movements who are so attached to “humane” exploitation. I investigate whether so-called “clean meat” will end animal agriculture as we know it, and finally gesture towards what I see as the root cause of the suffering of countless sentient beings.

As we have seen, the traditional view of moral status, the anthropocentric view, holds that all and only humans have moral status; that is, only humans have intrinsic value, whereas nonhuman animals and the natural world and environment have, at best, instrumental value. By contrast, animal liberationists like Singer argue that sentient beings (or subjects-of-a-life) have intrinsic value, while non-sentient entities have instrumental value only. In the 1970s, a different view arose that challenged this thinking, claiming distinction from and superiority to both the anthropocentric view and the animal liberation view. This view, known as environmental holism, became and continues to be the basis for modern environmentalism. In contrast to both the anthropocentric and animal liberation/sentientist/subject-of-a-life views, environmental holists see not individual beings—be they humans or nonhuman animals—as the primary objects of moral considerability, but instead see the integrity of ecosystems, the “land”, and biotic communities as the primary units of ethical concern. For environmental holists, groups and communities—not individual sentient beings—possess intrinsic value and thus deserve ethical primacy. Sentient beings by contrast have instrumental value and are thus subordinated to the wellbeing of the ecosystem and biotic communities. Following the publication of Animal Liberation, environmentalists went on the offensive against such theories. In his debate-defining essay “Animal Liberation: A Triangular Affair” (Callicott, 1980), philosopher and environmental holist J. Baird Callicott lays out what remains to this day the central issue pitting animal rights folks against environmentalists.

For Callicott, biotic communities have intrinsic value; the ecological whole being the ultimate measure of moral value. On this view, the value of individual organisms lies primarily (or even solely) in their ecological function, and their wellbeing should be considered only inasmuch as they contribute to the ecological whole. Aldo Leopold’s Maxim captures the moral heart of environmental holism: “A thing is right when it tends to preserve the integrity, stability, and beauty of the biotic community; It is wrong when it tends otherwise.” (Leopold, 1989, pp. 224–225)

With such a maxim driving environmental holism, the radical egalitarianism implicit in the animal liberation view gets overridden by an inegalitarianism manifest in the “land ethic” where individual nonhuman animals get assigned varying degrees of instrumental value depending on their contribution to the whole. The tension between the animal rights advocate’s primacy of individual sentient beings versus the environmentalist’s holism remains the “most fundamental theoretical difference between environmental ethics and the ethics of animal liberation” (Callicott, 1980, p. 337). Callicott sees environmental holism as life affirming in its celebration of the value of ecosystems and biotic communities, whereas he sees animal liberation as “life-loathing” and “world-denying” and too narrowly individualistic (1980, p. 333). When the needs of the “whole” clash with the interests of the individuals that comprise it, the former should trump the latter. This best explains the plight of endangered species. Is the moral badness we find in our driving species to extinction found in the suffering of its individual members, or do we decry the loss of species because of its impact on ecosystems and biotic communities? For the environmental holist, the answer is obvious.

To clarify, on Callicott’s view, animal liberation is actually a “triangular affair” between the (a) individual-human-valuing anthropocentrists, (b) the individual-nonhuman-animal-valuing animal liberation individualists, and (c) the non-anthropocentric, non-individualist environmentalists whose commitment to environmental holism makes it clearly a superior view. However, animal rights advocates have had plenty of time to reply.

The first critique of the environmentalist position argues that the very conceptual foundation of the environmentalist’s view (namely, Leopold’s Maxim) fails not only as a land ethic, but as an ethic of any sort, for it makes absolutely no reference to ethical values. Instead, the view employs concepts of aesthetic value (beauty) or of biological or ecological condition (integrity, stability). For an ethical theory to employ no moral concepts is, at best, impoverished. Second, it is difficult to accept that the moral considerability of an individual is completely determined by the role they play in an ecosystem. This seems to imply that it may be legitimate to use some individuals as mere means to promote, in this case, the alleged integrity, stability, and beauty of nature. Third, the most damning flaw of environmental holism resides in the fact that animal liberation never was a “triangular affair”, but really a difference between (a) the radical egalitarianism of animal liberation, and (b) the anthropocentrism of both the anthropocentricists and the environmentalists. Allow me to explain.

Many environmental holists condone sacrificing individuals for the sake of the whole—for example by shooting rabbits to preserve plant species—but they are reluctant to sacrifice human interests in similar situations. Yet, the most abundant species destroying biotic communities is Homo sapiens. If human individuals are just another element within the larger and more important biotic community, environmental holism should call for us to “control” or “eliminate” some of these individuals for the sake of the larger whole, an implication Tom Regan calls “environmental fascism.” (Regan, 1983, pp. 361-362). Accordingly, when the interests of wholes clash with the interests of individuals, the interests of individuals must be sacrificed. However, if humans cannot be sacrificed for the good of the whole, why can rabbits, deer, and wolves? Environmental holists reply by claiming that while the biotic community matters morally, it is not the only community that matters. We humans are part of various “nested” human communities, all of which have claims upon us; we are part of a tight-knit human community, but only a very loose human-rabbit community. Thus, our obligations to the biotic community may require the culling of rabbits, but may not require the culling of humans. (Callicott, 1999)

But the environmentalist reply will not suffice. It would seem now that some relations within the biotic community carry more moral weight than others, an implication derived not from Leopold’s Maxim, but from the point of view of individual human members of a given biotic community. Yet when decisions regarding the content and strength of our various community attachments and commitments is left up to individual human members of a given biotic community themselves, the door to sanctioning diverse and repugnant moral obligations opens. For example, if an individual believes that he has a much stronger community attachment and commitment to White men than Black men, does this mean that he can legitimately favor the interests of the former over the latter? If our moral commitments to the biotic community are trumped by our obligations to the human community, if other members of the biotic community are merely instrumentally valuable and thus subordinated to the intrinsic value of human needs, attachments, and commitments, then environmental holism collapses to the anthropocentrism view, and thus animal liberation really never was a “triangular affair”. Unacceptable implications of environmental holism such as these should give one pause before they reject animal liberation as too individualistic. At a societal level, recent environmental and food movements trace their antecedents to the philosophical foundations of anthropocentric environmental holism. Foodie and locavore culture presents a most striking and emblematic example. 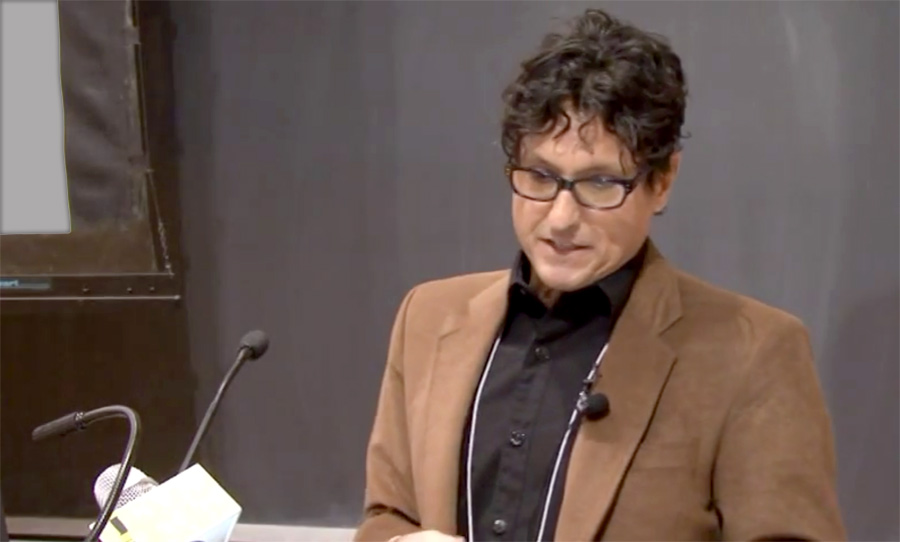 Robert C. Jones is currently Associate Professor of Philosophy at California State University, Dominguez Hills. His research focuses on the moral significance of animal cognition, critical animal studies, and animal liberation theory and activism through a variety of projects spanning traditional and novel areas of ethics, social justice, and food ethics. Dr. Jones has published numerous articles and book chapters on animal ethics, is a co-author of Chimpanzee Rights (2018), and has given over fifty talks on animal liberation, anti-speciesism, and human supremacy. Dr. Jones earned a PhD in philosophy from Stanford University and is a first generation college student who hails from Philadelphia.

← Previous Chapter:
CHAPTER 5 The Myth of a Food Crisis by Jonathan Latham
Next Chapter: →
CHAPTER 7 A food system fit for the future by Tony Juniper