A Food System Fit for the Future

While many of us might believe it is plastic waste drifting in the sea, planes polluting the skies and car exhausts choking our cities that pose the biggest threats to our environment, we are discovering that it is in fact our food system that is the gravest cause of damage to the web of life upon which we all depend. Industrial agriculture geared toward ever higher yields leads to a wide range of ecological impacts including: deforestation; greenhouse gas emissions; soil degradation; nutrient enrichment; and the impact of pest control chemicals on non-target species. Alternative food production strategies, including agroecological methods, can be harnessed to reduce these impacts. These will require an integrated approach involving public policy, changed priorities among private sector companies and altered consumer behaviour.

Perhaps the most fundamental pressure that arises from how we feed ourselves is seen in the process of land conversion, when natural and semi-natural habitats are transformed into fields and pastures. In many parts of the world this process continues apace, especially where the remaining tropical forests and savannahs meet agricultural frontiers, where each year some 120,000 square kilometres of forest is mainly being replaced with different kinds of food-producing environments (WRI 2019). The greenhouse gas emissions arising from tropical deforestation are estimated to be greater than those of the European Union and nearly equivalent to those of the United States (WRI, 2018). The fires raging across the Amazon basin in Brazil providing a recent dramatic case in point, where clearance for cattle pasture and soya production are the main ultimate drivers of forest loss.

After land is cleared, then in some landscapes there has been a tendency over time for farming to become ever more industrialised, with large-scale monocultures leading to further pressures being placed on any wildlife populations that survived the initial conversion of natural ecosystems to farmed landscapes. This is the principle reason why an estimated one million species are presently being driven toward the final oblivion of extinction (IPBES, 2019). Indeed, if one looks at the pressures causing wildlife declines across the world, about sixty per cent of the loss of wildlife can be explained in relation to what we eat and how we produce it (Barrett et al., 2018).

The quest for ever greater levels of food production is, broadly speaking, the biggest underlying motivation that has led to the rising scale of food system environmental impact outlined above. That drive for greater yields has in turn largely been down to two main factors: population growth and changing dietary preferences (more on which later). The rising demand that has resulted from these factors has caused fears of food scarcity, and that in turn has led to a widespread perception of a need to increase the volume of food output. That drive for increased production has also been driven by the attraction of low prices, with ‘cheap’ food becoming an objective for food-related policies across the world. Yet if food production is placed in the context of a series of related trends, then conventional assumptions as to the need for greater output at least become questionable.

A new approach toward economics based on the concept of ‘natural capital’ is helping to reveal the extent to which different human activities are depleting the very foundations of their existence, in the process depleting the economic value of the assets in question (Badura et al., 2017). In some cases the values of the ecological services that underpin economic development can be quantified in monetary terms, thereby enabling full cost or full value calculations to be made. Through such analysis it is possible to, for example, calculate the costs of dealing with the climate change, soil damage and water pollution caused by food production, in turn revealing how the costs of what many people buy in the shops is not actually as low as the labels suggest.

In moving toward a sustainable food system, it will be necessary to dramatically expand awareness as to the impacts of our food and also to raise the profile of the remedies. This is beginning to happen and is reflected in a number of consumer trends that are now also beginning to be reflected in how markets work. For example, the elevated profile of reduced meat consumption as an environmental solution has not only led to significant culture and behaviour change but also to shifts in the product ranges supplied and promoted by major supermarket chains. When coupled with a not only ‘less’ message, but also a ‘better’ message, then the ecological benefits that might be gained from more sustainable livestock rearing will hopefully soon be more fully realised.

In the policy-making world there is too in some countries a rising awareness as to the value of investing in sustainable farming practices, not only for food security but also for the supply of clean water, reduced flood risk and capture of carbon in recovering soils and vegetation. This in turn is leading to discussion about the reorientation of policies and subsidies to encourage changed farmer behaviour. 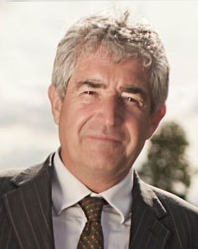 Tony Juniper is Chair of Natural England and a Fellow with the University of Cambridge Institute for Sustainability Leadership. Before Joining Natural England he was the Executive Director for Advocacy and Campaigns at WWF-UK and President of the Wildlife Trusts. Tony speaks and writes widely on conservation and sustainability themes and is the author of many books, including the multi-award winning bestseller What has Nature ever done for us? (2013). Tony began his career as an ornithologist, working with Birdlife International. From 1990 he worked at Friends of the Earth, initially leading the campaign for the tropical rainforests, and from 2003–2008 was the organisation’s executive director. From 2000–2008 he was Vice Chair of Friends of the Earth International. Tony was the first recipient of the Charles and Miriam Rothschild medal (2009) and was awarded honorary Doctor of Science degrees from the Universities of Bristol and Plymouth (2013). In 2017 he was appointed a Commander of the British Empire (CBE).