Will Gene-Edited and other GM Crops Fail Sustainable Food Systems?

The role of GM crops in supporting sustainable food systems is an ongoing controversy. Underlying this controversy, I will argue, are radically different definitions of agricultural sustainability. One is a narrow definition, based on amelioration of current unsustainable practices, such as the use of synthetic pesticides in agriculture. The other is a broad definition, based on the long-term promotion of human and ecosystem health. In order to assess the sustainability impacts of GM crops, this review first provides (i) a brief summary of the sustainability impacts of herbicide tolerant and Bt pesticidal GM crops and (ii) an overview of GM plant breeding, with a focus on the problem of unintended traits (UTs) in commercial GM crops. These UTs, I argue, are a major yet underappreciated contributor to their lack of sustainability. The review asks next whether new and complex GM traits such as biofortification, or the subset of new GM techniques (nGMs) called gene editing, can benefit sustainable agriculture. Golden Rice provides a case study of unintended traits in GM crops carrying complex traits. Given the failings of Golden Rice, caused in part by UTs, a key question is whether gene editing techniques are more precise and their outcomes more predictable. To address this, the review summarizes the known unintended effects of gene editing and their potential for introducing UTs. I conclude that, despite the promise of new traits and techniques, GM crops, including gene-edited crops, are unlikely to meet either the narrow agronomic, or the broader social and environmental, requirements of sustainable agriculture. The review ends with a discussion of how plant breeders can best support and promote sustainable agriculture, and thus help create sustainable food systems.

Are new GM techniques more precise? Biotechnologists now claim that a new generation of genome modification techniques are essential to sustainably increase food production (Zaidi et al. 2019, Stone 2017). These new GM techniques (nGMs) include cisgenesis/intragenesis[1] and RNAi[2]. For the specific risks arising from intragenic, cisgenic and RNAi-based traits, the reader is referred to other reviews (Eckerstorfer et al. 2019, Gelinsky and Hilbeck 2018, Casacuberta et al. 2015, Heinemann et al. 2013, Lundgren and Duan 2013, Senthil-Kumar and Mysore 2011). The most recently developed nGMs for plants, and by far the most discussed, include techniques that are referred to as “gene editing” (Eckerstorfer et al. 2019, Agapito-Tenfen et al. 2018, Casacuberta et al. 2015, Hou et al. 2014, Lusser and Davies 2013). Gene editing is a disparate family of techniques that include oligonucleotide-directed mutagenesis (ODM)[3], and/or the use of site-directed nucleases (SDNs) such as meganucleases, TALENs[4], ZFN[5] and CRISPR/Cas9[6]. Of these, CRISPR/Cas9 is the most widely used (Sauer et al. 2016, Fichtner et al. 2014, Lusser and Davies 2013). The claimed benefit of gene editing is that genome modifications can be precisely targeted to specific genomic locations. A very wide variety of genome modifications can be produced through gene editing (Ahmad et al. 2019, Eckerstorfer et al. 2019, Puchta 2017, Fichtner et al. 2014, Lusser and Davies 2013). These extend from precise single base-pair changes to large-scale insertions or deletions of DNA. Insertions could include transgenes, cisgenes, RNAi-based traits, regulatory sequences or multiple transgenes. CRISPR/Cas9 can further be used to create multiple changes at the same time, in a single gene or at multiple sites in the genome. Called multiplexing, this technique can be used, for example, to mutate or knock-out several different members of a gene family (Fichtner et al. 2014). A key question for sustainability is whether gene editing, which is claimed to be far more precise than standard GM, can introduce beneficial traits without the introduction of UTs. While the publicly available data for edited crop plants is still extremely limited, there are reasons to expect that plant gene editing methods are also prone to introducing unintended traits. First, virtually all gene-editing protocols utilize standard GM techniques, i.e. tissue culture and either Agrobacterium infection or the gene gun (Eckerstorfer et al. 2019, Ahmad et al. 2019, Ding et al. 2016). These techniques serve to introduce the gene editing reagents, which can include DNA, RNA, protein or oligonucleotides, into plant cells. For example, Agrobacterium infection can be used to introduce DNA that specifies the CRISPR RNA guide sequence and the Cas9 nuclease, either transiently or via DNA integration. However, as discussed previously, tissue culture, Agrobacterium infection and the gene gun are highly mutagenic, able to introduce thousands of mutation throughout the genome (Wilson et al. 2006). Proposed alternative methods, such as direct uptake of DNA-free reagents into protoplasts, may be less mutagenic and thus less likely to introduce unintended traits. However, this assumption remains to be tested experimentally. Furthermore, such methods are currently not available for most crop species (Ding et al. 2016). Second, new evidence from both animals and plants indicates that gene editing itself can result in unintended mutations at or near the target site. These include the insertion of vector, bacterial and other superfluous DNA, and the unintended introduction of large DNA deletions and rearrangements (Norris et al. 2019, Ono et al. 2019, Kosicki et al. 2018, Li et al. 2015). Third, new research from animals suggests that even precise and intended edits can cause frequent on-target mRNA misregulation (Tuladhar 2019, Sharpe and Cooper 2017). These include “exon skipping” and unintentionally altered RNA splicing. Both can produce new protein coding sequences with the potential to result in UTs. Fourth, it has been shown in both plants and animals that gene editing reagents can make cuts at unintended sites in the genome. These cuts can result in off-target edits and potentially UTs (Ahmad et al. 2019, Jin et al. 2019, Fichtner et al. 2014). Fifth, gene editing is being applied to situations where researchers have little prior research to guide them. Thus some researchers suggest gene editing can be used for “fast tracking development of underutilized species or perhaps wild species into widely adapted options to help improve global food security” (Van Eck 2018). Additionally, it is being adapted to target regions of the genome that, during conventional breeding, are usually protected from genomic change (Kawall 2019). The results of multiplexing would also be difficult if not impossible to introduce via conventional plant breeding (Kawall 2019). Such uses of gene editing will likely increase the already high likelihood of introducing UTs. These observations support the conclusion that plant gene editing outcomes are imprecise and unpredictable, and that, depending on the combination of techniques used, gene editing can be highly mutagenic. However, because gene editing is a new field of research, particularly for plants, there are still many knowledge gaps (Ahmad et al. 2019, Schindele et al. 2018). Lacking are whole genome sequences for gene-edited crop plants and non-edited comparators. Also lacking are systematic analyses of UTs in gene-edited crops. The knowledge gaps are especially large with regard to the unintended effects of different types of gene editing techniques and different types of edits, particularly in crops being developed for commercial use. That UTs in gene-edited organisms will be frequent, however, is suggested by a recent news report. This described gene-edited animals with UTs that ranged from spotted fleece to big tongues, extra vertebrae, sickness, and death (Rana and Craymer 2018). Nevertheless, most plant gene editing papers have not systematically tested for UTs. However, one group found that CRISPR-Cas9-generated promoter variants of the maize ARGOS8 gene, intended to improve maize grain yield under drought stress, exhibited UTs including statistically significant differences in plant height, ear height and grain moisture (Shi et al. 2016). Therefore, while biotechnologists frequently claim,

“CRISPR in agriculture should be best considered as simply a ‘new breeding method’ that can produce identical results to conventional methods in a much more predictable, faster and even cheaper manner” (Gao 2018).

It is clear that CRISPR and other gene editing techniques are more similar to GM then conventional plant breeding due to the use of plant transformation techniques to introduce DNA or other reagents, the use of tissue culture, and the potential for exogenous DNA insertion (Eckerstorfer et al. 2019, Kawell 2019). Like standard GM, the number and type of UTs introduced using gene editing will depend, in part, on the new trait being introduced and, in part, on the unintended effects wrought on the genome by the techniques themselves. All benefits, hazards and risks must therefore be assessed experimentally on a case-by-case basis for each independently derived nGM trait and crop (Eckerstorfer et al. 2019, Gelinsky and Hilbeck 2018, Hilbeck et al. 2015). This should include whole genome sequencing comparisons with an isogenic line and –OMIC analyses. [1] Cisgenic/intragenic traits utilize only DNA derived from the host plant or a cross-compatible plant. In this they differ from standard transgenic traits that routinely utilize DNA from distantly related organisms. [2] RNAi-based traits specify double-stranded RNA (dsRNA) molecules that trigger RNA interference (RNAi) pathways. This disrupts the cellular processes that connect specific genes with the production of specific proteins (Heinemann et al. 2013). The target of the RNAi is specified by the nucleotide sequence of the RNAi molecule. [3] ODM is a generic term for a wide range of different methodologies that use synthetic oligonucleotides to introduce a specific mutation at a particular site in the plant genome (ACRE 2011). The oligonucleotides used for ODM are homologous to the targeted endogenous plant sequences except for the site of the intended mutation. [4] TALENS stands for Transcription Activator-Like Effector Nucleases. TALENs are engineered nucleases that cut DNA at specific target sequences. [5] ZFN stands for Zinc Finger Nuclease. ZFNs are engineered DNA binding proteins that cut DNA at specific target sequences. [6] CRISPR stands for Clustered Regularly Interspaced Short Palindromic Repeats. In the CRISPR/Cas system, the engineered CRISPR RNA acts as a “guide” RNA that combines with a protein, for example, the Cas9 nuclease, and targets it to a specific DNA sequence. 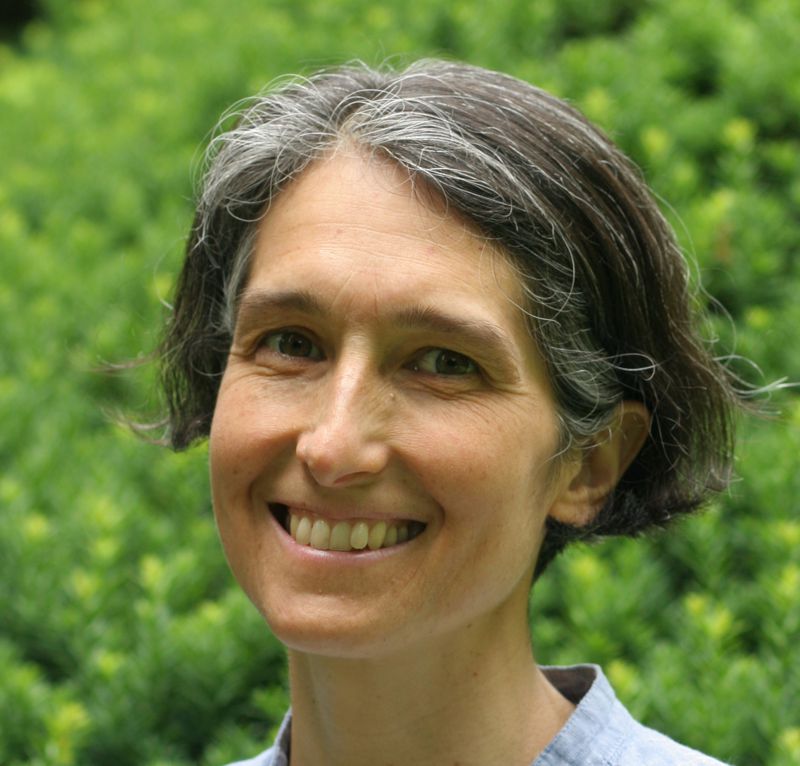 Allison K Wilson, PhD is co-founder and Science Director of the Bioscience Resource Project; Editor of the Bioscience Resource Project website; Assistant Editor of Independent Science News; and a contributor to the Poison Papers project. Dr. Wilson holds a BA in Biology from Cornell University, a doctorate in Molecular Biology and Genetics from Indiana University, Bloomington, and was formerly a postdoctoral research associate at the Fred Hutchinson Cancer Research Center, Seattle and the John Innes Centre, Norwich, UK. Dr. Wilson has published scientific research on plant hormones and flowering time in Arabidopsis, Tetrahymena molecular biology, and plant genetic engineering. She was also a contributing author to the Encyclopedia of Molecular Biology (John Wiley and Sons Inc., 1999).